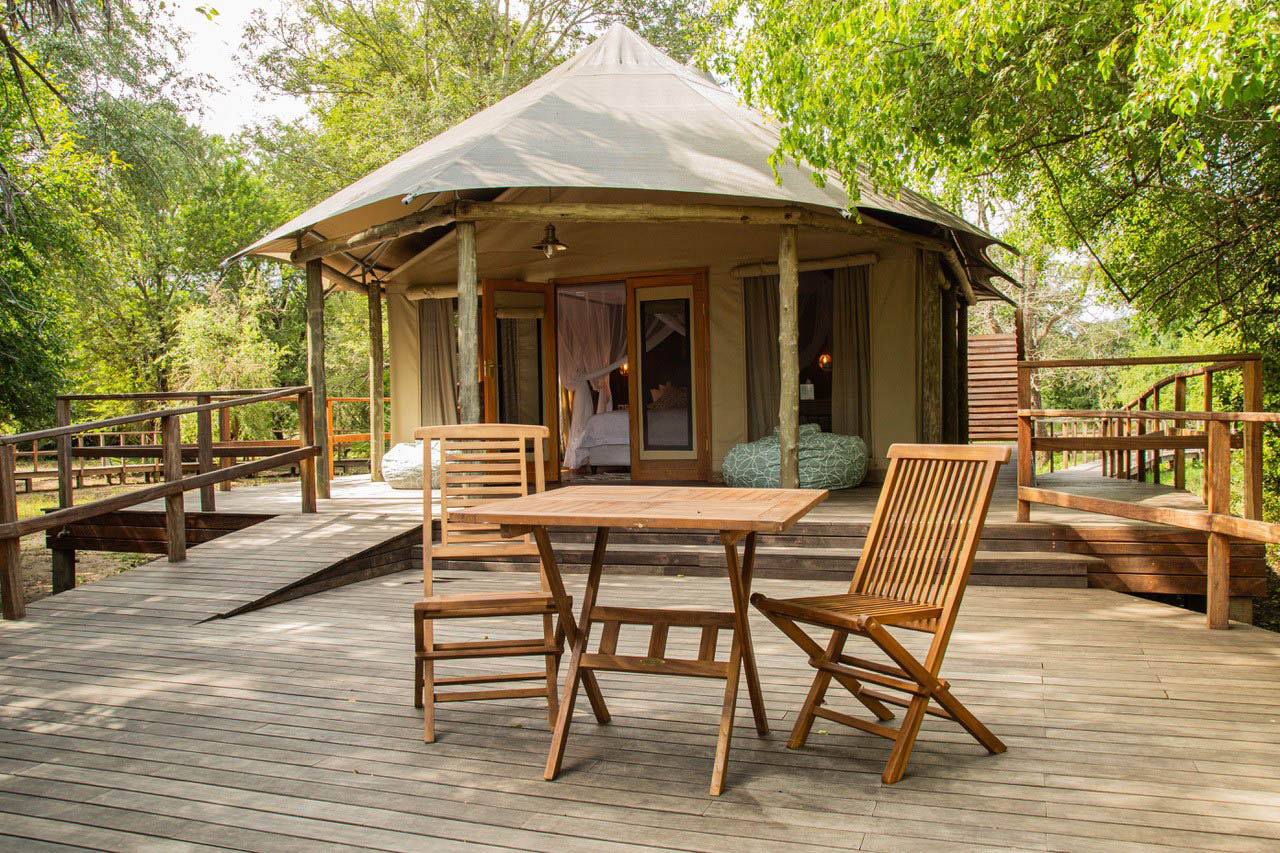 Located on the Mussicadzi River in Gorongosa National Park, Muzimu Tented Camp is gently integrated within the surrounding vegetation for minimal impact and to blend in with the riverine trees. 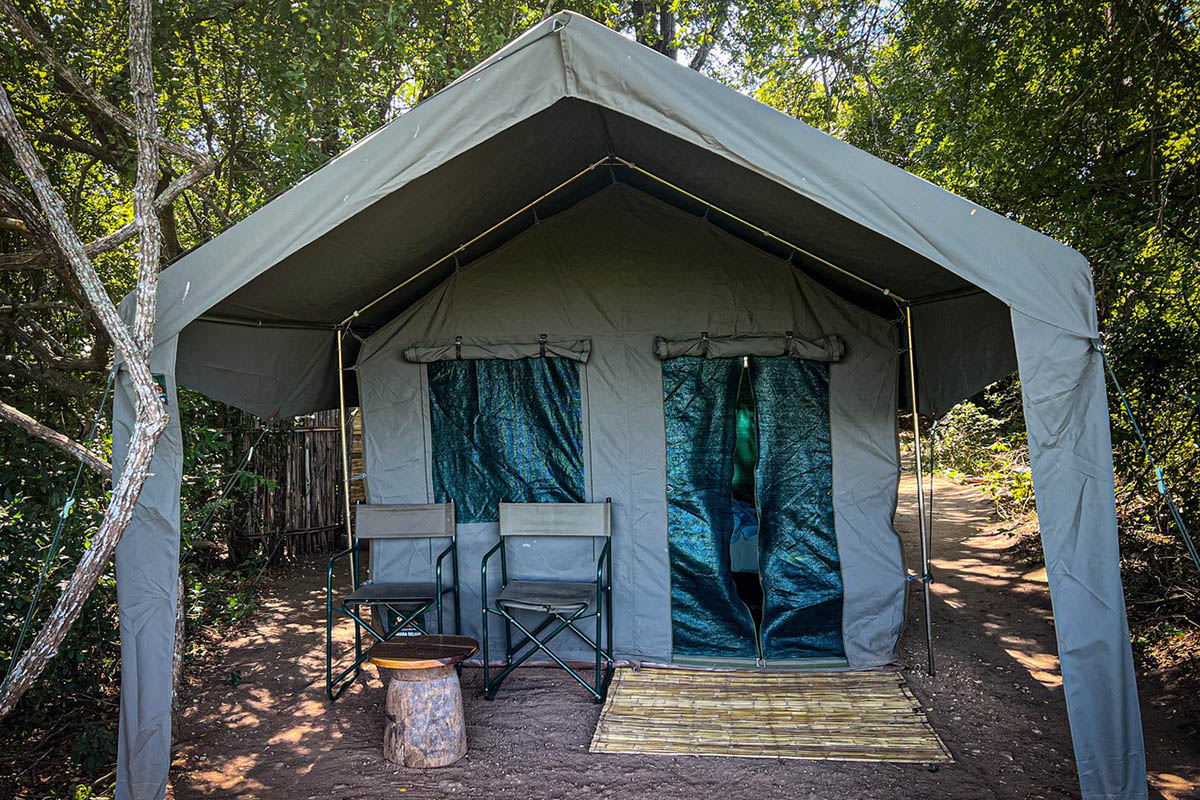 Gorongosa National Park is one of the most authentic safari experiences in southern Africa. Wild Camp, one of few camps in the park, offers a rustic lodging experience. 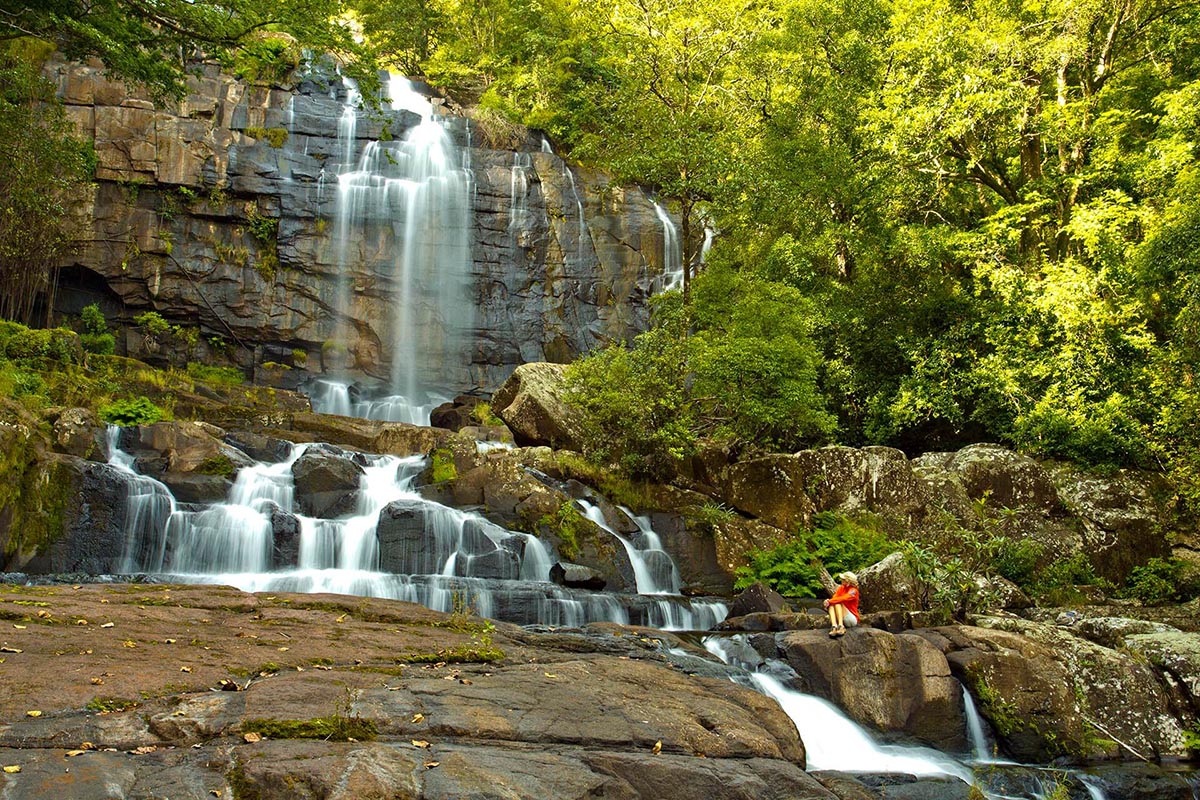 Located within the untouched wilderness of Gorongosa NP. Experience an incredible safari and marvel at the conservation efforts that have brought this park back from destitution.

Gorongosa National Park enjoys one of the world’s great wildlife restoration stories. Back in 2008 the Mozambican government, in collaboration with the Carr Foundation, formed a 20-year partnership called “Project Gorongosa” a joint management of the park and support for human development in the communities living around the park. They adopted a 21 st century conservation model focusing on balanced needs of wildlife and people, protecting, saving and returning Gorongosa National Park into its right place as one of Africa’s biggest parks.